Contract for deed South Saint Paul is a city in Dakota County, Minnesota, immediately south and southeast of Saint Paul, Minnesota. It is also east of West St. Paul, Minnesota. The population was 20,160 at the 2010 census. Historically, the town was notable as a major meat-packing location. Subsequently, many residents are descended from immigrants of Southern European and Eastern European heritage, who came to work in the meat-packing plants in the early twentieth century.

A post office called “South St. Paul” has been in operation since 1888. The city was named based on its location, south of St. Paul, MN. 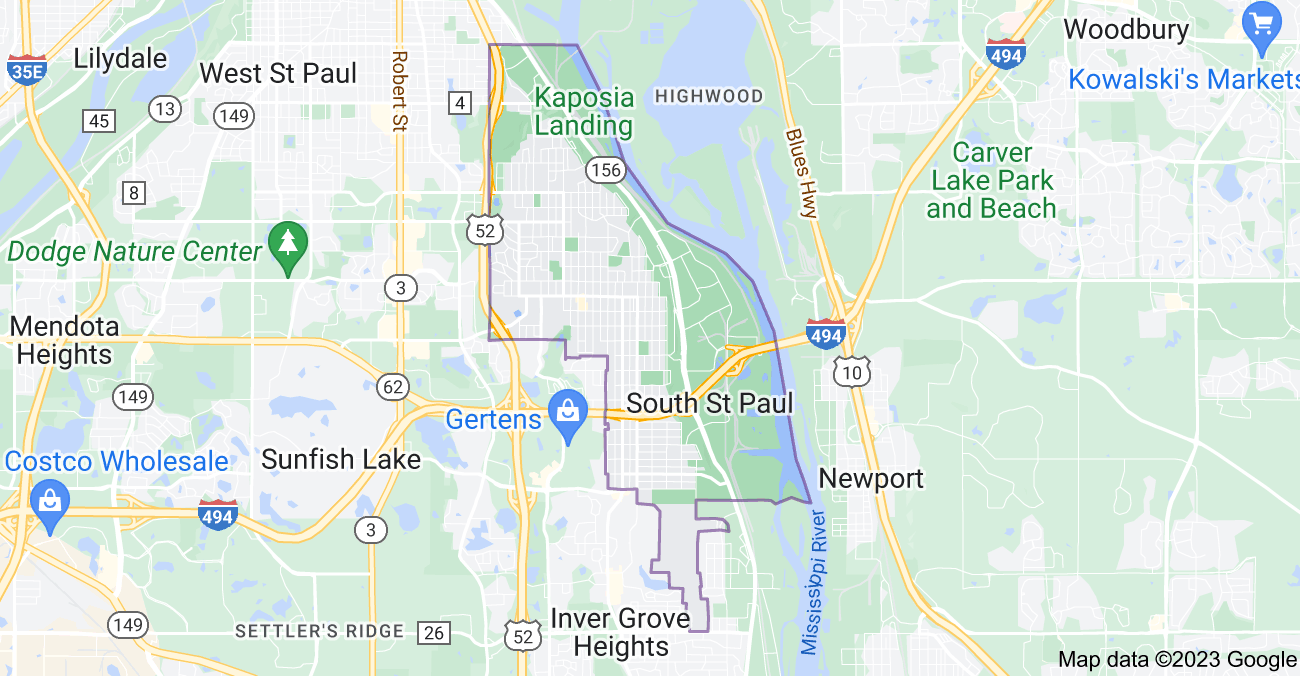 South St. Paul schools were established in 1853. At that time, the schools operated under the name Kaposia School District, serving the sons and daughters of local residents, missionaries, and the Kaposia Village Native American chiefs. Initially under the jurisdiction of Dakota County, the district included sections of West St. Paul, Sunfish Lake and Inver Grove Heights.

In 1887, the county turned over the administration of schools to the newly incorporated cities and their councils. South Saint Paul Special School District #6 was officially designated a school district in 1890, when voters established an independent Board of Education.

Rapid growth in the city, and its schools, continued in the 1950s and 1960s, culminating in the 1970s when more than 6,000 students attended six elementary schools, a high school, and a junior high school. However, in the 1980s, enrollments in the South St. Paul schools began to decline and the community was forced to make the difficult decision to consolidate school buildings.

During the same period, advances in technology required the school district to be networked to keep up with the next generation of learners. In 1999, the South St. Paul community passed a technology referendum to maintain the quality of education in South St. Paul Schools.

Holy Trinity School opened on September 7, 1954 with an enrollment of 243 students. The building consisted of 8 classrooms and a cafeteria in the basement. The school offered grades Pre-K through 8. After September 7, 1954, the size of the student body expanded at a rapid rate. By the beginning of the 1963-64 school year, the enrollment exceeded 600 students. After a drop in enrollment, attendance bottomed out at 80-plus students during the 1984-85 school year. In this same year, a half-day kindergarten was added to the regular 1-8 grade program. The following year, an all-day everyday kindergarten was established. A preschool was then added in 1988. It has since grown, and now has several more classrooms and athletic programs.

Saint John Vianney Church now rents out their space to a charter school.