Contract for deed-Roseville is a city in Ramsey County, Minnesota, just north of Saint Paul and east of Minneapolis. 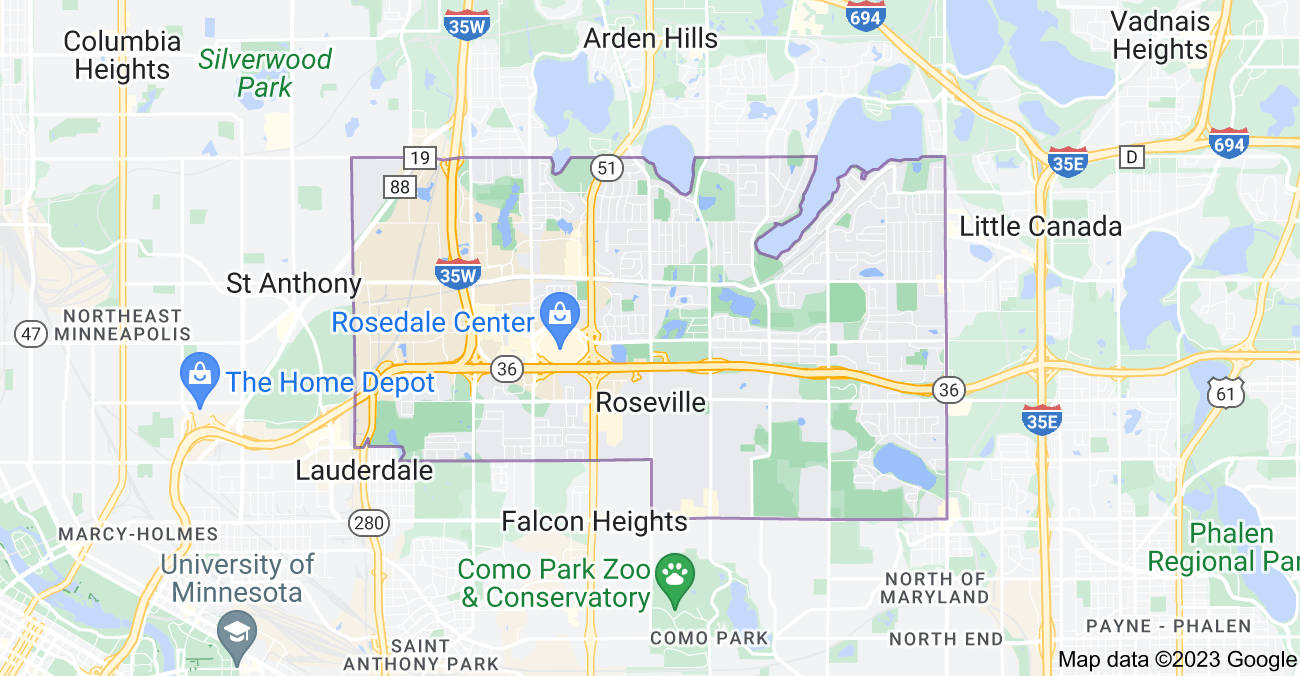 Roseville’s property taxes are some of the lowest in the Twin Cities metropolitan area, owing in part to the extensive commercially zoned land. Several major shopping centers are in Roseville, including Rosedale Centerand the Har Mar Mall. The city’s per-capita retail spending is slightly higher than that of Bloomington (home of the Mall of America), and it has the greatest number of restaurants per capita in the area.

Roseville is served by the Roseville Area Schools District (ISD 623).

Roseville is home to two Lutheran schools: Concordia Academy, a high school, and King of Kings Lutheran Church and School, a preschool-8th grade institution. Both are affiliated with the Lutheran Church–Missouri Synod.

St. Rose of Lima is a private (pre–K through 8) Catholic school.

Parks and Lakes in Roseville