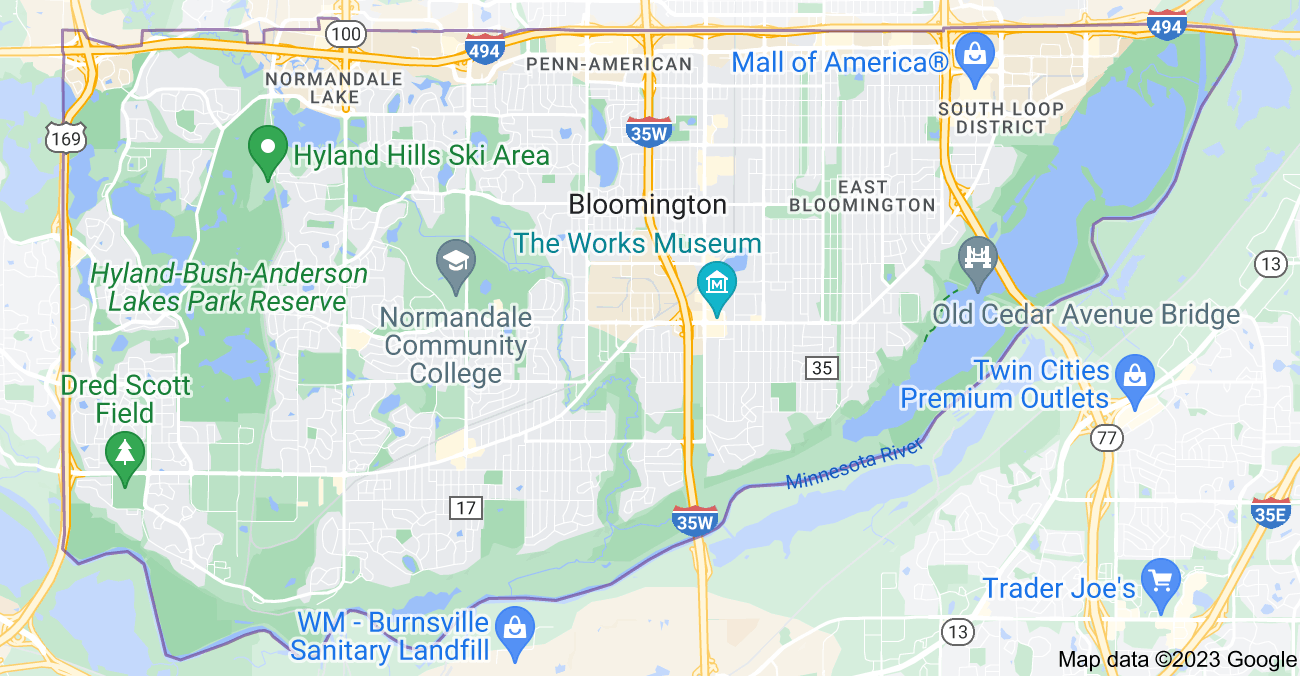 Bloomington is the fifth largest city, as of 2016 estimates, in Minnesota. It is located in Hennepin County on the north bank of the Minnesota River, above its confluence with the Mississippi River. Bloomington lies 10 miles  south of downtown Minneapolis. As of the 2010 census the city’s population was 82,893, and in 2016 the estimated population was 85,319.

Bloomington has more jobs per capita than either Minneapolis or Saint Paul, due to the United States’ largest enclosed shopping center, the Mall of America, and the only IKEA in Minnesota.

SD 271 has served the K–12 education of the city since the 1960s with an operating fund revenue of $94.6 million in 2007. 15 public schools in Bloomington are operated by the district and is governed by a seven-member elected school board, appointing current Superintendent Les Fujitake in 2006. The previous Superintendent Gary Prest won the Superintendent of The Year for 2005 in Minnesota.The city’s first public charter school, Seven Hills Classical Academy, opened in 2006. As many families remain or continue to move into the city, there has been support for levy increases. In 1999 they approved the then-largest school bond issue in Minnesota history, funding a $107 million school expansion and renovation project.

Mind quest, the first online public high school in the United States, operated between 1995 and 2003 through the Bloomington Public Schools.

Minnesota Contract for deed Cities below